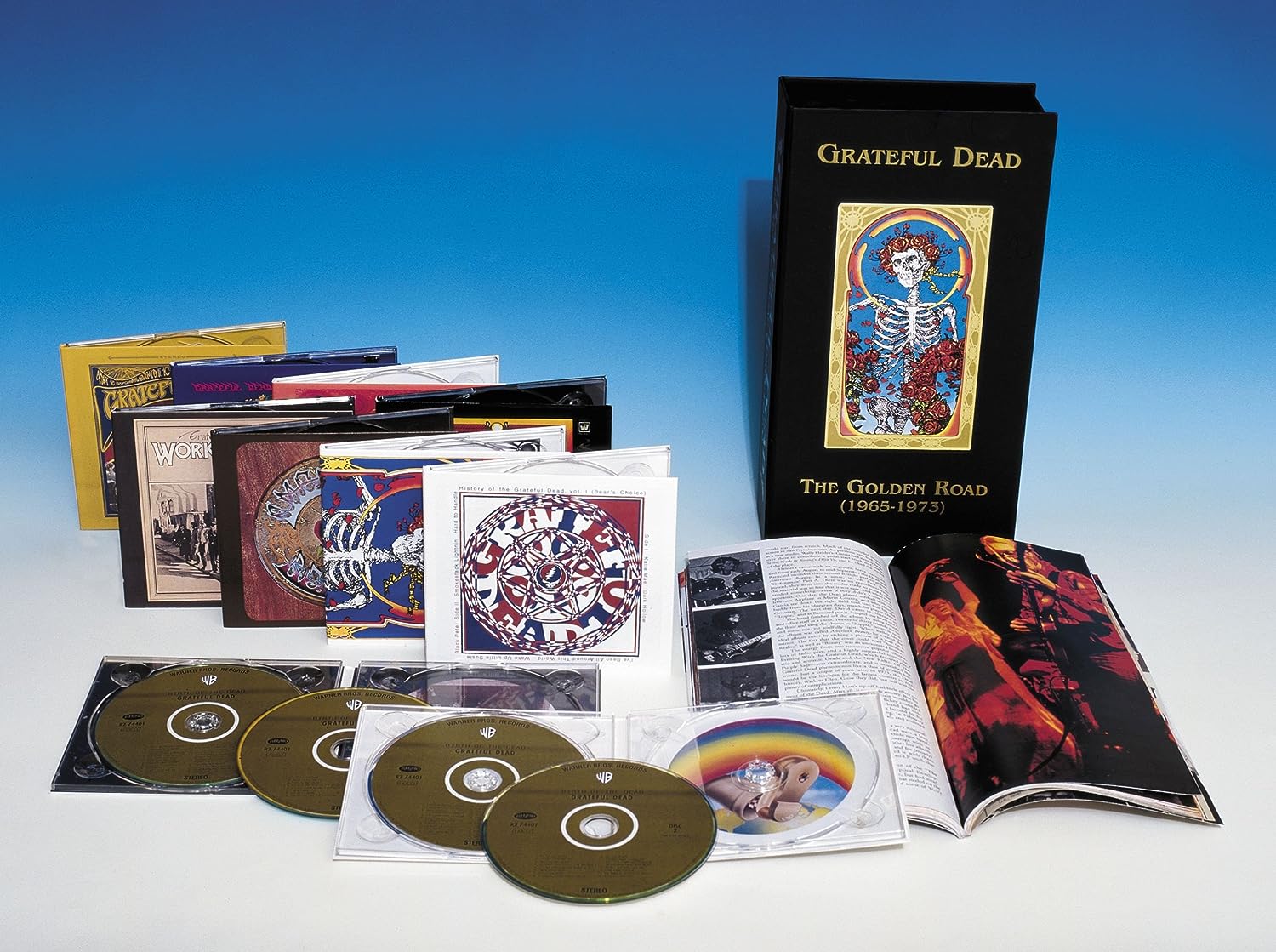 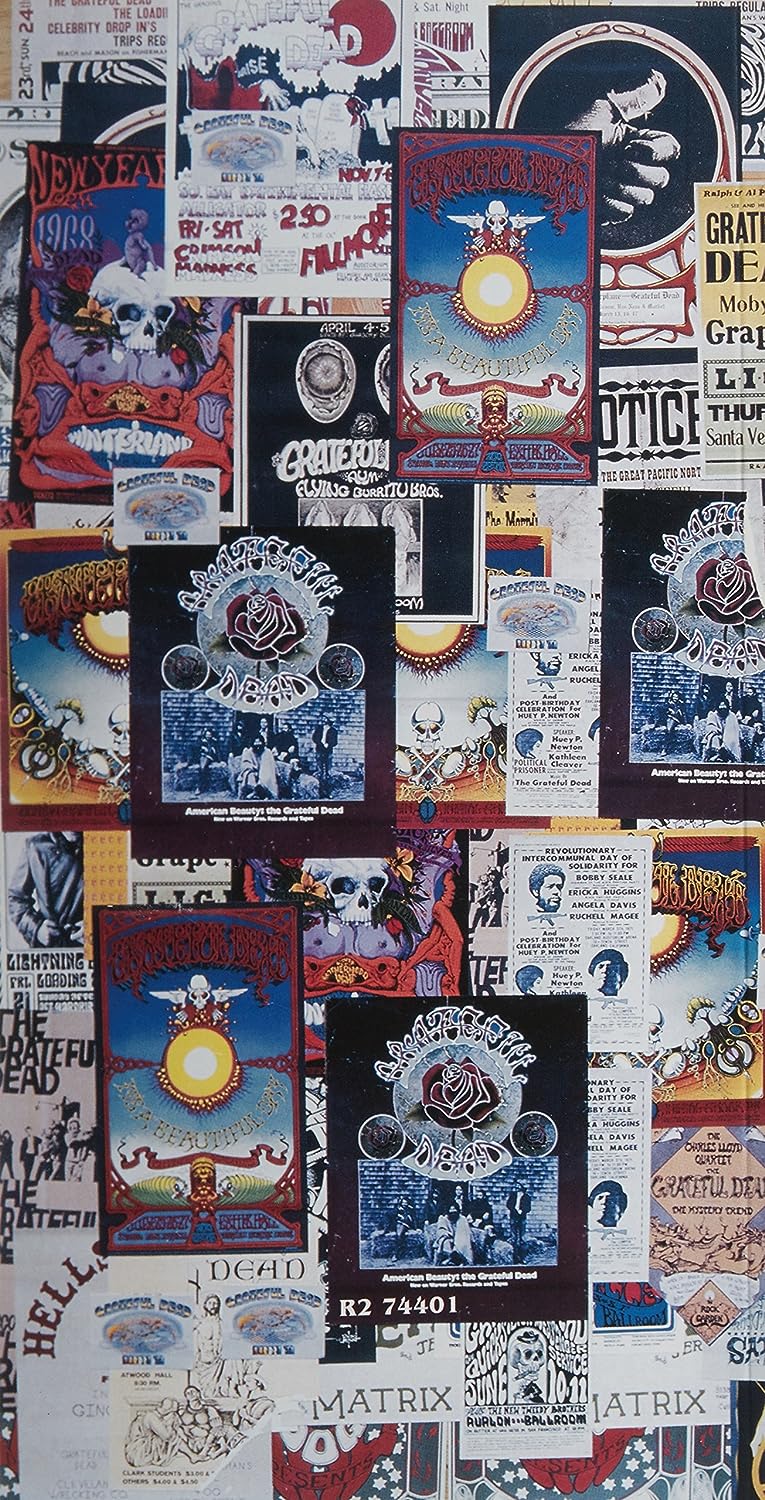 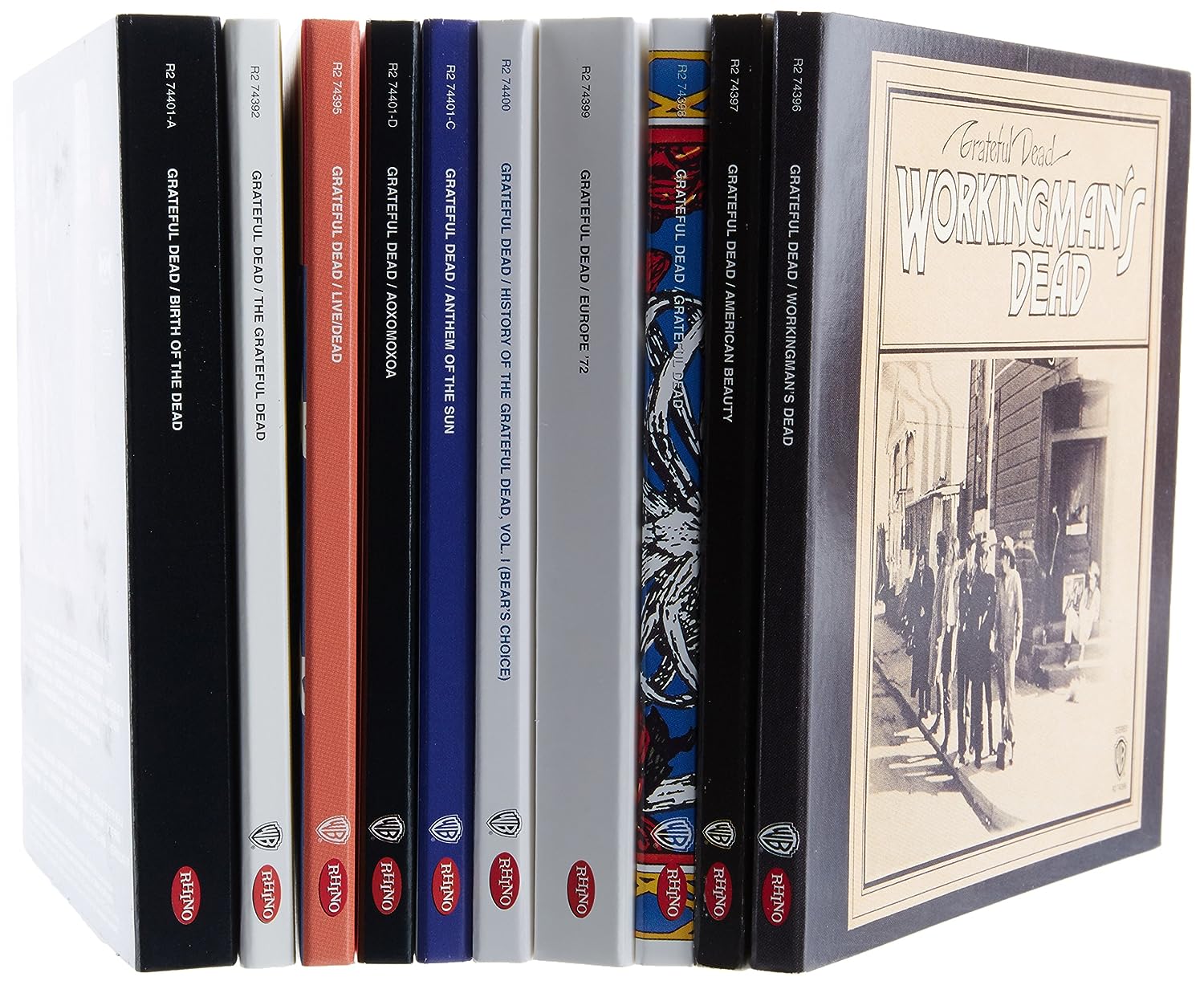 Considering the amount of posthumous product released since Jerry Garcia and the Grateful Dead's demise in 1995, perhaps a better name for the band would be the Living Dead. However, there is no denying the fact that the Dead's music--at various times thrilling, adventurous, simple, futuristic, old-fashioned, ethereal, abominable, ridiculous, and sublime--bears this kind of deep exploration. Rhino's 12-disc bonanza is the definitive look at the Dead's formative years, a fantastically creative nine-year period for Warner Bros. In 1965, they were a bunch of ex-folk and bluegrass musicians who were looking to jump on the rock bandwagon driven by the Beatles. The ensuing decade found them travel a sort of circular path that began with revved-up renditions of their folk and blues favorites. Then they maneuvered through intense, far-reaching, mind-blowing psychedelic experiments, settled into timeless stripped-down Americana, and ended atop a mountain where folk, blues, country, jazz, and psychedelic rock lived in near-perfect harmony.

All of the band's nine official Warner releases (five studio discs, four live) have been superbly remastered and buffed with extra tracks that include unheard studio jams and outtakes, plus contemporaneous live cuts. There's also two discs' worth (one studio, one live) of rare early material that predates their Warner Bros. debut. Each "album" comes in its own package with its own notes, while the box itself offers a 75-page booklet filled with thoughtful essays, personal reflections, and great photos. Clearly, Rhino has thrown down the gauntlet to Deadheads everywhere: they know you have most of this stuff in a variety of forms, but with the bounty of bonus tracks, the superior sound, and the wonderful packaging it's as if they're issuing a challenge not to buy this exquisite collection. --Marc Greilsamer