Flowers In The Dirt (3CD+DVD) 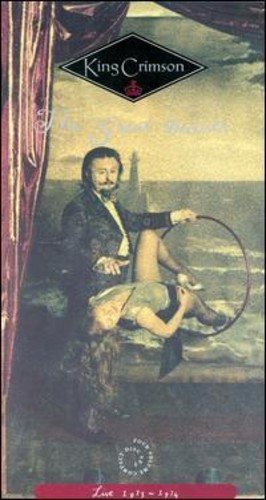 KING CRIMSON / GREAT DECEIVER: LIVE 1973-1974 - The Great Deceiver is a live 4CD box set by the band King Crimson, released on Virgin Records in 1992. In 2007, it was reissued as two volumes of 2 CDs each. The track listing on the volume 1 CD 1 lists 11 tracks, incorrectly listing The Talking Drum and the abbreviated "Larks' Tongues in Aspic, Part Two" from the Pittsburgh show from CD 1 of the volume 2 set. - The box set features live recordings of the band from 1973 and 1974. All recordings feature the lineup of Robert Fripp, John Wetton, David Cross and Bill Bruford. Jamie Muir, who left the band in early 1973, is not featured on the set. The band's 1974 concert from Providence, Rhode Island is presented in it's entirety on CDs One and Two; this was the second-to-last live concert ever performed by this incarnation of King Crimson. - Many of the recordings on this album are band improvisations. "The Law of Maximum Distress" appears in two sections, as the tape ran out in the middle of the song. Much of the missing material seems to be used on "The Mincer" from Starless and Bible Black. As Robert Fripp notes in the CD jacket, "Most live recording follows the policy of two machines in use simultaneously to meet an eventuality such as this. We learn."